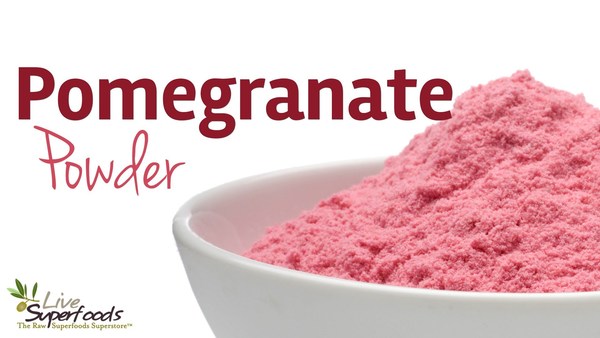 With the holidays upon us, it’s been easy to get lost in the cookies, the cakes, the eggnog or the luscious latkes that are seemingly everywhere we turn.  Which is why I’d like to talk about two fabulous foods that are not known for being holiday treats.

I selected these two because of their nutrient density. Nutrient dense foods are our own personal powerhouse, cheerleading team and devoted helpmates rolled into one, as they help us avoid nutritional deficiencies, oxidative stress, the sluggishness of age and the fires of inflammation – all of which have been implicated as major suspects in today’s most common degenerative diseases. So here are a few provisions that pack a powerful punch.

The pomegranate is native from Iran to the Himalayas in northern India, and has been

cultivated over the entire Mediterranean region since ancient times.  In fact it was the temptation of the pomegranate seed that landed Persephone her unfortunate role as Queen of the Underworld in Greek Mythology.  It turns out Hades knew how to keep his Queen healthy.  Pomegranate tops all other conventional fruits, including blueberry and strawberry, in its ORAC (Oxygen Radical Absorbance Capacity) value, ranking pomegranate as one of the most powerful antioxidant fruits around.  One of its most potent antioxidants, punicalagin, is in fact becoming well known in the nutritional literature for its role in healthy cardiovascular function and its protection of accurate cellular replication. Indeed, a quick search of PubMed brought back an immediate 23 citations for review.  One of them, a study reported on in the Proceedings of the National Academy of Sciences, reported that the heart cells of mice that were fed pomegranate juice had a 50 percent increase in nitric oxide and nearly a 30 percent reduction in plaque.  Nitric oxide is a compound that helps blood vessels relax.  So if you’re worried about escalating blood pressure, consider a daily pomegranate juice cocktail instead of a beer after a hard day’s work.

For our next fabulous food, I suggest a trial of the grain that’s not really a grain:  buckwheat.  Though it looks like a grain and tastes like a grain, buckwheat is actually a fruit seed that is related to rhubarb and sorrel, making it a suitable substitute for people who are sensitive to wheat or other glutinous grains.  But like a fruit, it is packed with antioxidant power in the form of bioflavonoids like rutin, which help protect us from everything from heart disease, to gallstones to cancer.

It was in 2003 that Canadian researchers published their findings on buckwheat in the Journal of Agricultural and Food Chemistry, reporting that buckwheat may also be helpful in the management of diabetes. These researchers conducted a placebo-controlled study, in which they found that a single dose of buckwheat seed extract lowered blood glucose levels by 12-19% at 90 and 120 minutes after administration, when fed to rats with chemically-induced diabetes.  Not only notable in its own right, this result competes impressively with some of the more aggressive glucose-lowering drugs on the market.

Personally, I love cooked buckwheat for its sweet, nutty flavor, and because it serves up gratifying memories of childhood when my Russian-Jewish grandmother lovingly prepared “kasha varniskes” (buckwheat groats with bowtie noodles) for her brood. Little did we appreciate the nutrient density of this delicious childhood treat then – though I still use it today in this same form – cooking it slowly with chicken or vegetable broth, occasionally adding onions or mushrooms.

You can do the same.  Just, ask for freshly ground buckwheat groats in your favorite local health food store.  And if not now, you can just slip it into to that list of New Year’s resolutions.  Let me know what you think on our FB page:  www.wholefoodguideforbreastcancer.com.