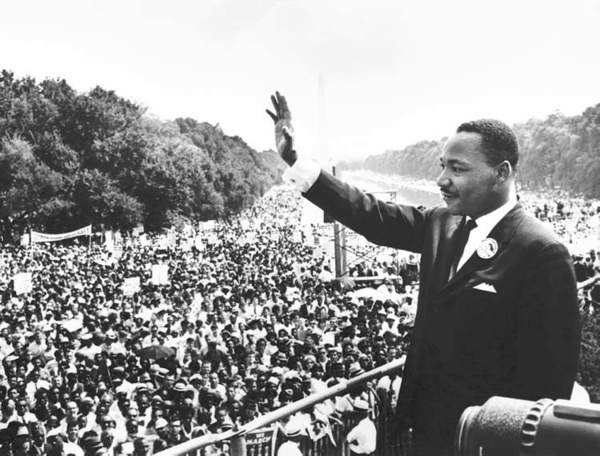 Every year on the third Monday in January we have a day dedicated to honoring Martin Luther King Jr.
A civil rights activist and leader in the movement to end racial segregation in the United States, Martin Luther King was assassinated in 1968. Shortly after his death, a campaign was started to dedicate his birthday (January 15th) a federal holiday in his honor. But making MLK Day a holiday became yet another long battle that took years to become official, and this battle would not be fought by Dr. King, but by his widow, Coretta.
After Martin’s death Coretta Scott King became determined to have her husband’s birthday honored nationwide.  Coretta immediately took action. She founded The Martin Luther King Jr. Center; became leader of The King Holiday campaign; launched King Holiday petitions that contained over 6 million signatures nationwide and testified before congress in behalf of The King Holiday Bill.
In 1980 world acclaimed musician Stevie Wonder released “Happy Birthday” a song commemorating Dr. King and exhorting the holiday in his honor. The song brought even more attention to the bill and more people began to urge it's passing.
31 years later, on June 7th 1999, Governor Jean Shaheen of New Hampshire became the final governor to sign The King Holiday legislation, making Martin Luther King Day a national holiday in all 50 states.
Today we should highlight and celebrate the life and accomplishments of Martin Luther King Jr. by encouraging others to reflect on his principles and his message. This year more so than ever, with recent unfortunate events occurring around the world, it’s extremely important for us to remember what Dr. King fought so hard to achieve; nonviolent social change and racial equality.