What Moms Need to Know about HPV Vaccination 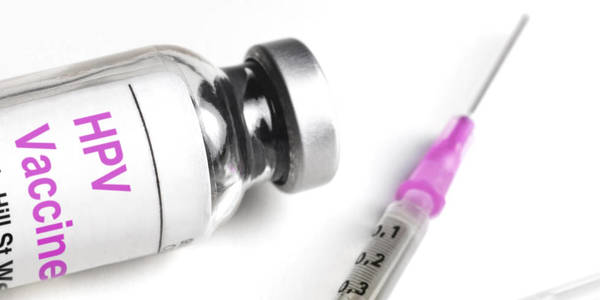 Vaccines have been a hot topic in the last couple years, due in large part to many erroneous beliefs and myths. The truth? Vaccines are a miracle of modern science that can prevent you and your loved ones from contracting terrible illnesses. However, the discussion of HPV vaccination for teenagers and younger children naturally stirs up some heated debates and ethical concerns—especially because it is a sexually transmitted disease.

During the course of a conversation about HPV, someone will always raise the point that their child doesn't need HPV vaccination since they won't be having promiscuous sex. Some people even fear that an HPV vaccination will lead to a more sexually active lifestyle for their children as they grow and mature. This simply isn't the case. In fact, recent studies found no correlation between vaccination and sexual activity.

Additionally, some people fear that the vaccine carries large health risks and side effects. The fact is that there have only been 'side effects' in about 22,000 people who took the vaccine according to CDC statistics. 22,000 seems like a big number, right? Well, not exactly. The group of 22,000 that experienced 'side effects' only accounts for four-hundredths of one percent of those that received the vaccine.

That's only 0.04%. Furthermore, of this incredibly small percentage of people, many of the side effects were self-reported. There is no scientific evidence that any self-reported and self-perceived side effects were caused by the vaccine. If that weren't enough, some of the legitimate side effects are to be expected any time a health care professional administers a shot. Pain and small amounts of swelling are perfectly normal, so let's not give the HPV vaccination a bad rap on that account.

Understand that the best way to protect a human's health is to limit exposure to health risks. Though modern medicine has made leaps and bounds in the last century, healthcare isn't perfect. In some cases, there are no cures for disease. Such is the case with HPV, and though there are treatment options to help mitigate the symptoms and effects, there isn't a silver bullet or magic pill for this disease once it has been contracted.

As such, it is critical to get a vaccination. Think about it. You can reduce the chance of HPV contraction to almost zero with a simple shot. Why take the risk at all? Even if a loving parent knows that their child won't contract the disease because of sexual responsibility, there are still other possible ways the disease can spread apart from intercourse. Though less likely, accidents sometimes happen that cause the transference of blood and other bodily fluids. Choosing to forego the vaccine leaves a door open that is better off closed.

Don't give HPV a chance to harm the health of your loved ones. Instead, speak with a healthcare professional to consider the administration of a vaccine that could one day save their health and well-being.