Stop the Scammers: How to Help Your Aging Parent Avoid Being Swindled by Scammers

Scammers — including telemarketers who make fraudulent claims and demand money from unsuspecting seniors, as well as hucksters who carry out sophisticated in-person scams — increasingly target older adults. Whether your aging parent is hard of hearing, forgetful, or somewhat naive, they could be at risk of being taken advantage of by unethical fraudsters. Here are a few ways you can help your aging parent avoid becoming a victim. 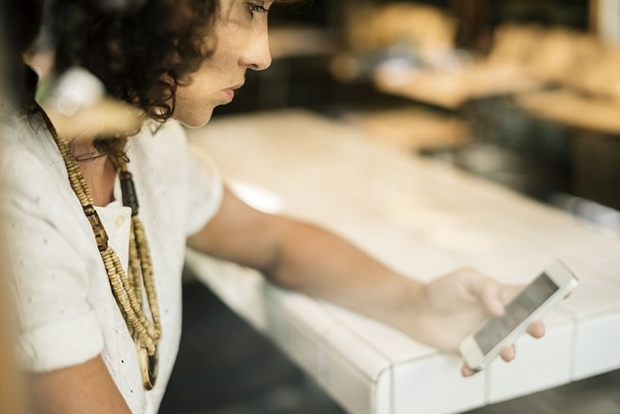 The first step in protecting an aging parent from would-be scammers is to understand the many threats that exist. Common scams targeting seniors include Medicare and insurance fraud, phone scams and internet fraud, and sadly, funeral and cemetery scams, among others. Phone scams alone can include anything from IRS scams, caller ID spoofing, and other tactics.

Likewise, internet scams range from phishing emails to fake virus protection popups, viruses, and more. Seniors and caregivers often face an uphill battle when it comes to financial planning, and the last thing you need is a scammer causing financial difficulties for your mom or dad. With a potential scam seemingly lurking around every corner, you need to be vigilant and proactive.

The Federal Trade Commission’s National Consumer Protection Bureau maintains an active list of the latest scam alerts, and the AARP Fraud Watch Network has a handy map to help you identify recent scams in your area, including both phone and door-to-door scams. Monitor both resources, as well as local news sources, regularly to be aware of potential threats.

While there are a few ways to protect your parent’s phone number, there is no surefire method to prevent scammers from contacting your parent by phone. You can, however, ensure that their phone number is unlisted and sign them up for the National Do Not Call Registry. Unfortunately, robo-callers are on the rise, and they’re not known for abiding by the Do Not Call requirements.

Another tactic that’s on the rise is the use of caller ID spoofing, which makes the caller ID display a number that appears to be from a source the recipient trusts, such as their bank or a friend. Others simply mass-dial local numbers while spoofing another local number, which recipients are more likely to answer than unknown numbers from another city or state. To combat caller ID spoofing and other phone scams:

The idea behind screening calls is that if you do receive a legitimate call from a number not previously known, someone who needs to talk to your parent for a legitimate reason will leave a message.

Ask your parent to provide you with access information to review their credit card statements, bank statements, and other financial accounts, and do so regularly. Scammers use increasingly sophisticated methods to hack systems and trick unsuspecting seniors into handing over valuable personal information, so one of your best defenses is catching suspicious activity early by regularly and closely monitoring all accounts. Your aging parent may already be struggling to make ends meet, so you can’t be too careful when it comes to finances.

Keep an Eye on Incoming Mail

You should also keep track of incoming mail and watch for seemingly suspicious offers or statements from companies you don’t recognize. There are a multitude of financial and investment scams, such as pension advancements and high-yield investment schemes, that target seniors, and you might not catch these unscrupulous actors unless you run across a suspicious statement or intercept an “offer” that’s too good to be true.

Scammers of this variety may follow-up on mailings with phone calls or emails, so it might be a good idea to go over this information with your mom or dad so that they know to hang up immediately or hit the delete button when receiving communication from these companies.

What About Door-to-Door Scammers?

Unfortunately, door-to-door scammers are still out there, and these are perhaps some of the most worrying scams for adult children of aging parents to worry about. These scams can include everything from fraudulent magazine sales to offers for home cleaning or lawn care services or scammers claiming to be from your parent’s utility company who state that they need to enter their home to check for a problem, only to steal money or other belongings once inside the home. The best defense against these types of scams is two-fold:

Door-to-door scammers often come in clever disguises to make residents believe they’re legitimate. They may be wearing a hard hat and a shirt with the utility company’s logo, and carrying a clipboard. In other words, they may look official, but that doesn’t mean they’re legitimate. Teach your mom or dad how to verify the identity of someone knocking on their door claiming to be there on official business by:

If they’re there for a legitimate reason, they’ll have no problem waiting for your parent to ensure their safety. If they can’t be verified, tell your parent to refuse them entry. They can always return later after you can verify their identity and the reason for their visit.

There’s no doubt that the world is a scary place, so it’s natural for adult children to worry about their vulnerable aging parents. By being proactive about monitoring activities and taking steps to keep scam artists at bay, you’ll have more peace of mind in knowing that you’ve taken every possible precaution to keep your parents safe.

Images by rawpixel and cattu via Pixabay

Categories: Caregiving
About The Author

Angela Stringfellow is a freelance writer based in central PA. She writes about aging, senior living, and issues facing older adults and senior caregivers for Caregiver Homes and a variety of caregiver-focused publications.