Power of the Purse: My Bold Little Warrior Bag

This year, I have the honor of speaking at the annual Laura W. Bush Institute for Women’s Health Power of the Purse fundraising event. The LWBIWH is dedicated to the cultivation and advancement of multidisciplinary science in women's health and to the promotion of the well-being of women through research, education, and community outreach.

Their focus on women's health, specifically, is important. Understanding gender differences is the key to bridging the gaps in women's health. Medical research is currently performed mostly on males and then applied to both men and women in the clinical setting. Research should include both men and women in order to ensure discoveries can benefit the entire population, not just half. 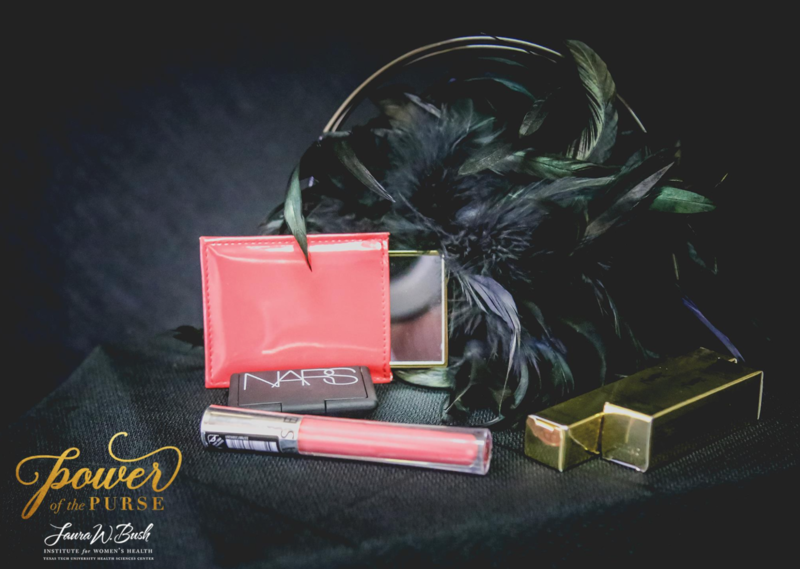 Given the importance of this organization, I was honored to donate a bag to support fundraising efforts. I chose this bag because it really represents the POWER of the purse to me!  I carried this bag at the 2016 WWE Hall of Fame Induction Ceremony last year in Dallas, Texas where I was honored with the Warrior Award. I felt it’s feathered sassy flair made it the perfect little black bag to accompany me at the event.

OK, I know what you’re thinking; why in the world would I be honored at a WWE wrestling event?  I was equally surprised when I first got the call. They explained that Warrior Award was a special award given to someone who courageously fought a personal battle and in doing so, inspired others. They felt that my breast cancer journey embodied the spirit of this award. I was grateful and quick to accept!

As excited as I was, I must admit that I still had a bit of trepidation about appearing on stage at a loud raucous SmackDown WrestleMania Spectacular.

It was a black-tie event, so I chose to wear a slinky long black gown with silk sleeves embroidered with sparkly beads. I realized that the bold look called for a bold little bag – and my stylist found this one.  I loved it – it made me smile!

What an excitement it was to be on stage at the enormous American Airlines Arena with blaring lights, the loudest music I’ve ever heard, and the cheers of 100,000 wrestling fans who had gathered for the biggest WWE event of the year. My children never ask to go with me when I travel for work, but there was no way they were going to miss this one!  “Our mom is being honored by the WWE?  It can’t be.” Oh yes it can!

I explained to them that I was being given the award for fighting cancer like a true warrior, and now continued that fight for other women battling the disease.  Frankly they only wanted to know if they could meet John Cena and maybe even The Rock!

That event may seem like the most unlikely place you’d see me onstage but it was a night I will always remember fondly - no, not because I was surrounded by scantily dressed men flexing their big muscles, but because it was a night to honor strength and empowerment and fighting the good fight, which we all need to do when protecting our health.

The bag would not be complete without some of my make up must-haves, you know, the essentials that are always in my evening bag. I included a compact mirror (you never know when you might need one), a foundation palette, a lip stick and lip gloss, and my secret weapon - Touche Eclat, perfect for a little touch up around the eyes as the night wears on!

I look forward to meeting the next woman who will carry this bag.