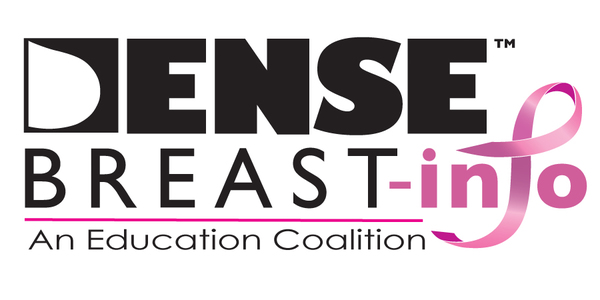 There is a wide range of normal appearances to breasts, both visually and on mammography. One of the important ways breasts differ on mammography is the breast density.

What is breast density? Breasts are composed of fat, supporting structures like ligaments and vessels, and glandular tissue. The glands that produce milk and the fibrous supportive tissue are collectively called “fibroglandular tissue” which appears dense on x-rays like mammography. Some breasts are mostly fatty and some breasts are mostly dense, with the majority somewhere in the middle. The way breasts look and feel does not predict whether or not they are dense on mammography. Radiologists characterize breast density using specific language:  A) almost entirely fatty; B) scattered fibroglandular; C) heterogeneously dense; and D) extremely dense (see Figure 1). The last two categories are considered “dense”.  It is normal to have dense breasts - about 40% of women who participate in mammography have dense breasts.

Figure 1 - There is a wide range of normal patterns of breast density on mammography, from A. fatty to B. scattered fibroglandular to C. heterogeneously dense to D. extremely dense. Categories C and D are considered “dense”.  As breast density increases, so does the likelihood that cancer, if present, can be hidden by the normal tissue and not detected by mammography. (Courtesy Dr. Wendie Berg)

Why does it matter?  Dense breast tissue shows up white or opaque on a mammogram. Cancer is also white and can blend in with the normal dense tissue and can therefore “hide” on the mammogram behind dense tissue.  In any woman, cancer may be found because of a lump even after a normal mammogram--but this is much more likely to occur in a woman with dense breasts as a cancer may grow undetected. 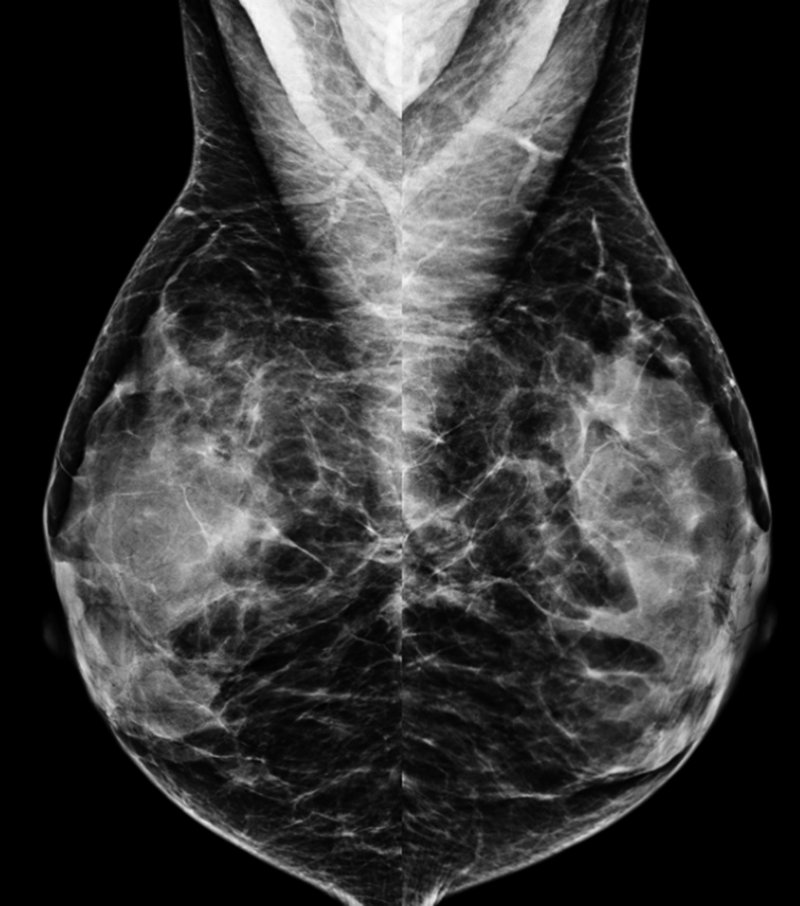 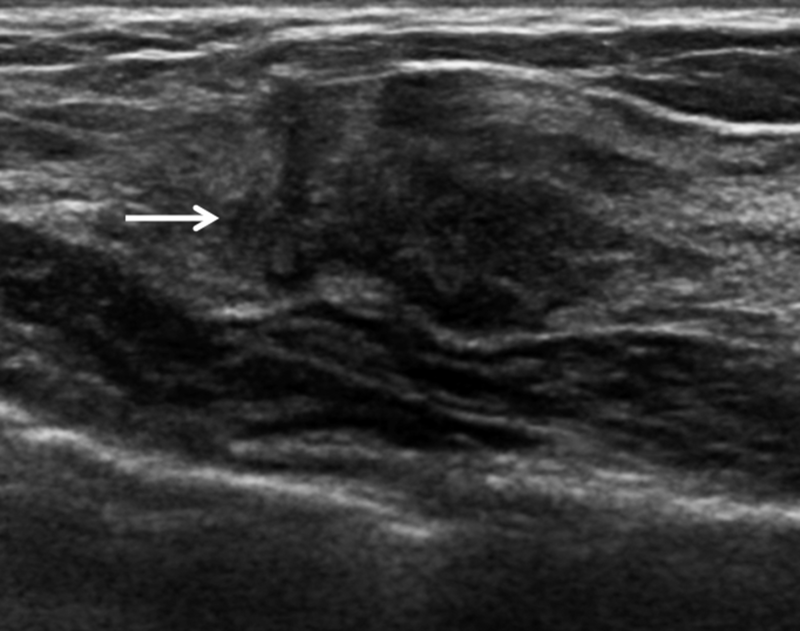 Figure 2 - Mammograms (left) from this 46-year-old woman show heterogeneously dense tissue and appear normal.  Four months later, the woman noted a lump in her right breast. Ultrasound was performed (right), showing that the lump the woman was feeling was an irregular mass (arrow). Ultrasound-guided needle biopsy showed high-grade cancer. This 1.5-cm node-negative cancer was not visible on the mammogram even after biopsy as it blended in with the dense breast tissue. (Courtesy Dr. Wendie Berg)

Until recently, the results letter a woman was sent after her mammogram did not include information about breast density. Laws have been enacted in over 20 states that now require that letter to include some level of information about breast density.  If you do not live in a state which requires such notification, you can ask your radiologist or healthcare provider as this information should be in the report of your mammogram.

If you have dense breasts, it is especially important to be aware of how your breasts normally feel and to report any changes to your healthcare provider. There are also options for screening with other tests after your mammogram that are not limited by the breast density and you should speak to your health care provider to determine what is right for you.

Despite growing awareness about breast density, there has been very little good information on what it means and what to do about it. Together with JoAnn Pushkin, a patient advocate, and Cindy Henke, a technologist, we have developed a website to help women and their health care providers become educated about breast density and screening options. For more information about dense breasts, patient question and answers and screening options, please visit:  www.DenseBreast-info.org.

Keep checking for Dr. Berg's next article, "Dense breasts, what are screening options after my mammogram?"

Wendie A. Berg, MD, PhD, FACR, is Professor of Radiology at the University of Pittsburgh School of Medicine. Dr. Berg specializes in breast imaging and sees patients at Magee-Womens Hospital in Pittsburgh, PA. Dr. Berg writes and co-edits one of the leading textbooks of breast imaging, Diagnostic Imaging: Breast and has been the Principal Investigator of many important research studies in breast imaging, most notably, with support of the Avon Foundation and the National Cancer Institute, the ACRIN 6666 protocol, which evaluated screening ultrasound and screening MRI in women with dense breasts. Dr. Berg is Chief Scientific Advisor to DenseBreast-info.org.