You don't need to comb the aisles of a health food store to see gluten-free labels on food. Little emblems, stickers, and packaging text on even the most common supermarket items attest to the lack of gluten in a product -- even on chocolate bars and fruit juices, which never contained gluten in the first place. So, what's the story with the sudden rise of gluten sensitivity, gluten-free diets, and gluten-free products? Is it just another diet fad, or is there a real medical reason behind it? Let's take a closer look at gluten, health, and whether a gluten-free diet is the best choice for you and your loved ones. 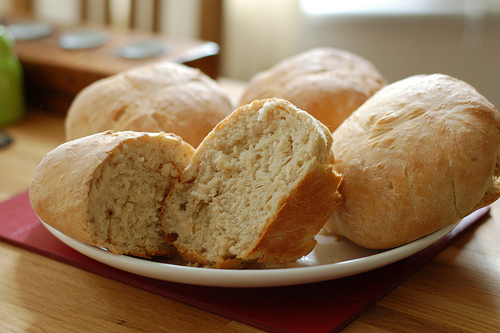 Gluten isn't one thing, but a collection of things. Specifically, it's a series of proteins typically found in grains, such as wheat, barley, and rye, among others. Those proteins serve as an energy source for the growing plant, but they also have interesting properties when processed for food. Gluten is the natural "glue" that binds the starches in grain together, resulting in the elasticity of dough and the chewy texture of bread.

Gluten and the Human Body

How does gluten affect the human body? In short, it does nothing to most modern people. For most humans, gluten is easily digested with no ill effect, as well as little-to-no positive effect. There's not much nutritional value in gluten. The nourishment from wheat products comes from fiber and carbohydrates.

That said, a minority of people experience some degree of gluten sensitivity that makes those proteins actively harmful to the body. The three most prominent gluten-averse conditions are Celiac disease, gluten ataxia, and general gluten sensitivity.

Celiac (also spelled Coeliac) disease is an autoimmune disorder, a condition in which the body's immune system has an unusual and adverse reaction to a particular substance or infection. Approximately 1 percent of people today are living with Celiac. The condition causes the immune system, primarily in the small intestine, to react badly to the presence of gluten, even in small amounts. This results in gastrointestinal symptoms like diarrhea, loss of appetite, and abdominal distension. Celiac disease can be easily diagnosed through blood testing and intestinal biopsy.

Like Celiac, gluten ataxia is an autoimmune disorder, but instead of taking place in the small intestine, it occurs in the brain. Gluten ataxia is very rare and it has only recently been closely studied. It manifests with such neurological symptoms as difficulty with walking, talking, and other complex motor skills.

Less drastic and harder to diagnose than either Celiac or gluten ataxia, general gluten sensitivity is a condition in which a person has an adverse reaction to gluten, though sometimes only after consuming moderate to heavy amounts of gluten-containing products. These reactions include cramps, gastrointestinal distress, and loss of appetite. This is not an autoimmune disorder and it is only diagnosed after Celiac and other conditions have been eliminated.

Gluten and Other Conditions

There are other conditions that may be falsely identified as gluten sensitivity. For instance, undiagnosed diabetes may be mistaken for a condition like Celiac because carbohydrates, present in grains, metabolize into sugars, which can result in diabetic symptoms. The culprit isn't the gluten in the grain. This is why a doctor should be consulted before anyone starts a gluten-free diet.

Benefits and Risks of Going Gluten-Free

If you don't have a gluten-related medical condition, you may still benefit from a gluten-free or low-gluten diet. This is because foods containing gluten also contain carbohydrates, sugars, and other things that can have an adverse effect on your health if you eat too much of them. Reducing your bread intake can help you lose weight and cut the stress on your digestive system.

That said, completely cutting gluten-containing products from your diet may not be healthy. You need some carbohydrates in order to be healthy, and removing grains may also deprive your body of much-needed fiber. Also, many packaged "gluten-free" products have other unhealthy things, like large amounts of sugar and other additives. "Gluten-free" is not the same as "healthy."

Understanding what gluten is and how it affects the body is essential for navigating the gluten-free diet fad. The science is clear: Gluten does no harm to those who don't have specific gluten-intolerant disorders like Celiac and gluten ataxia. For everyone else, a smart diet considers everything in a food, not just one set of proteins. Don't be dazzled by "gluten-free" labels, and consult your doctor if you think you might have a gluten-sensitive condition.

Categories: Nutrition
About The Author