What is a Probiotic and Why do I Want to Eat Them?

When we hear the word “bacteria,” we generally cringe and think immediately about an antibiotic prescription.  But did you know that there are several kinds of bacteria that are good for you – so good in fact, that you should take great pains to ingest as many of these “good guy” bacteria as possible?  They’re called probiotics, which means literally, “for life.”  Some members of the probiotic gang have names you may be familiar with like acidophilus.  Others have more exotic names like Saccharomyces boulardii. All are exceptionally beneficial to your health and well-being.

Though foods fermented with these special microbes have been with us since ancient times, the formal identification of probiotics was made in the early 20th century by the Russian scientist Élie Metchnikoff.  Dr. Metchnikoff proposed that the health, well-being and longevity of Balkan populations were attributable to their consumption of large quantities of fermented milks containing beneficial micro organisms. In 1908 Metchnikoff was rewarded with a Nobel Prize for his investigations into the link between these then-mysterious microorganisms and human health.

So what, exactly, do these intrepid heroes do for us?

Think about it this way.  Probiotic (healthy) and disease-causing pathogenic bacteria perform a delicate and continuously changing dance as they compete for dominance, primarily in the small intestines.  We are all familiar with what happens when pathogenic bacteria get the upper hand – we suffer from flatulence, constipation, diarrhea or worse.  But what happens when the protective probiotics are in charge? Plenty, it seems.

Not only do probiotics keep our bellies feeling good, a healthy dose of intestinal micro flora is important for the maturation of the immune system, for the production of B vitamins and vitamin K, and in keeping the intestinal mucosa healthy and on guard against pathogenic and allergic infiltrators.  And if that wasn’t enough, these miniscule superheroes also help remove toxins from the gut and seem to exert a beneficial effect on cholesterol levels.

With so many essential services probiotics continually perform for us, why would we even think of evicting them?  Well, we don’t do it intentionally, but modern living, with its antibiotic –laden meat and chlorinated water can be indiscriminate in its anti-bacterial fervor.  How many women have taken a course of antibiotics only to find themselves the victim a yeast infection a week later?  It’s the probiotic bacteria killed off by the antibiotic that were keeping the yeast population in check.

So how do you replace, replenish or otherwise stock up on these life-enhancing bugs? 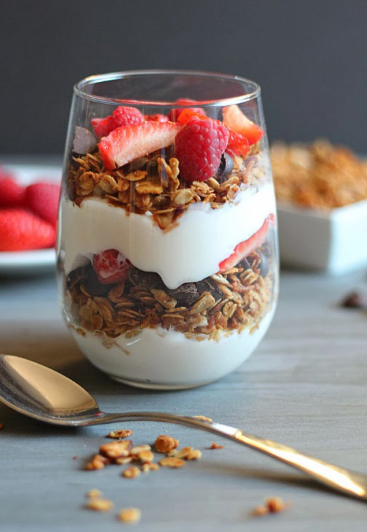 Your best bet is to eat fermented foods -- lots of them.  Yogurt is a good start.  And while it’s been a traditional source of fermented dairy for thousands of years, different brands of supermarket yogurt differ tremendously in bacterial strain and potency.  Be sure to look for a label that says “live active cultures”, and check to see that there are not one but several strains. Keep in mind that frozen yogurt contains no live cultures at all.  The once-exotic drink known as kefir, however, is literally flooded with the little critters and can be easily found in any health food store and even some supermarket shelves. 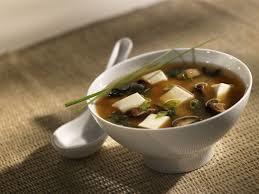 Feeling adventurous?  Try miso soup, made from a fermented soy paste.  It’s been found by investigators at the Tokyo National Cancer Center Research Institute to reduce the risk of breast cancer in women by up to 40%. Also check out tempeh and natto, two other sources of fermented soy with stellar nutritional vitae. And don’t forget the sauerkraut (make sure it’s fresh!), -- literally teeming with health promoting bacteria.  Not only do the bacteria perform wonders for immune and digestive health, but like its cousins broccoli, cauliflower and kale, the cabbage is rich in the cancer-fighting substance sulforaphane,  And when you ferment it,  yet another class of compounds called isothiocyanates, is created, which also appear to blunt cancer growth, particularly in the breast, colon, lung and liver.

If you don’t have the time or the taste buds for fermented foods, check out the probiotic section of your local health food store.  You can get probiotics in liquid or capsule form. You can even find lactose free formulations.  Make sure there are at least 3 or 4 billion per serving, however, as not all of them will be hardy enough to make it alive into your gut.  Finally, you’ll want to make these microscopic allies a regular part of your regimen, whether they come in a soup, on a spoon, or in a pill.  With our own S.A.D. (Standard American Diet) out to destroy our natural supply of fabulous flora with chemicals and antibiotics it’s time to fight back with these winning, masterful microbes.

Categories: Newsletter, Nutrition
About The Author